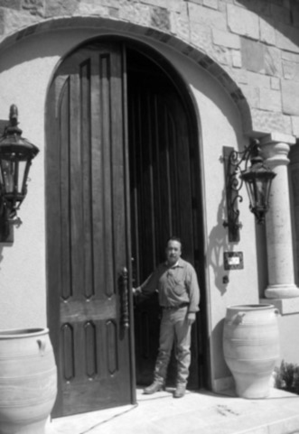 Custom Doors by Jesse is a family owned and operated business.

Jesse have more that 30 years experience in making doors. Worked for several major door companies in Houston lead by a great supervisor that when he transferred companies he was always sure to take Jesse with him, pretty much a package deal. It wasn't until a few years later that he decided to make his own company and manufacture his own doors. The experience was always there and with the help and support of his wife Lucia it was that they decided to manufacture doors on their own, later came their daughter and son.

Jesse and his family take great pride in the doors they build, it has not been easy both the economy and competition has been tough but they have always stayed strong and most of all together.

We hope this gives you a little insight in who "Custom Doors by Jesse" is and hope you use us for your door needs.